back to news archive 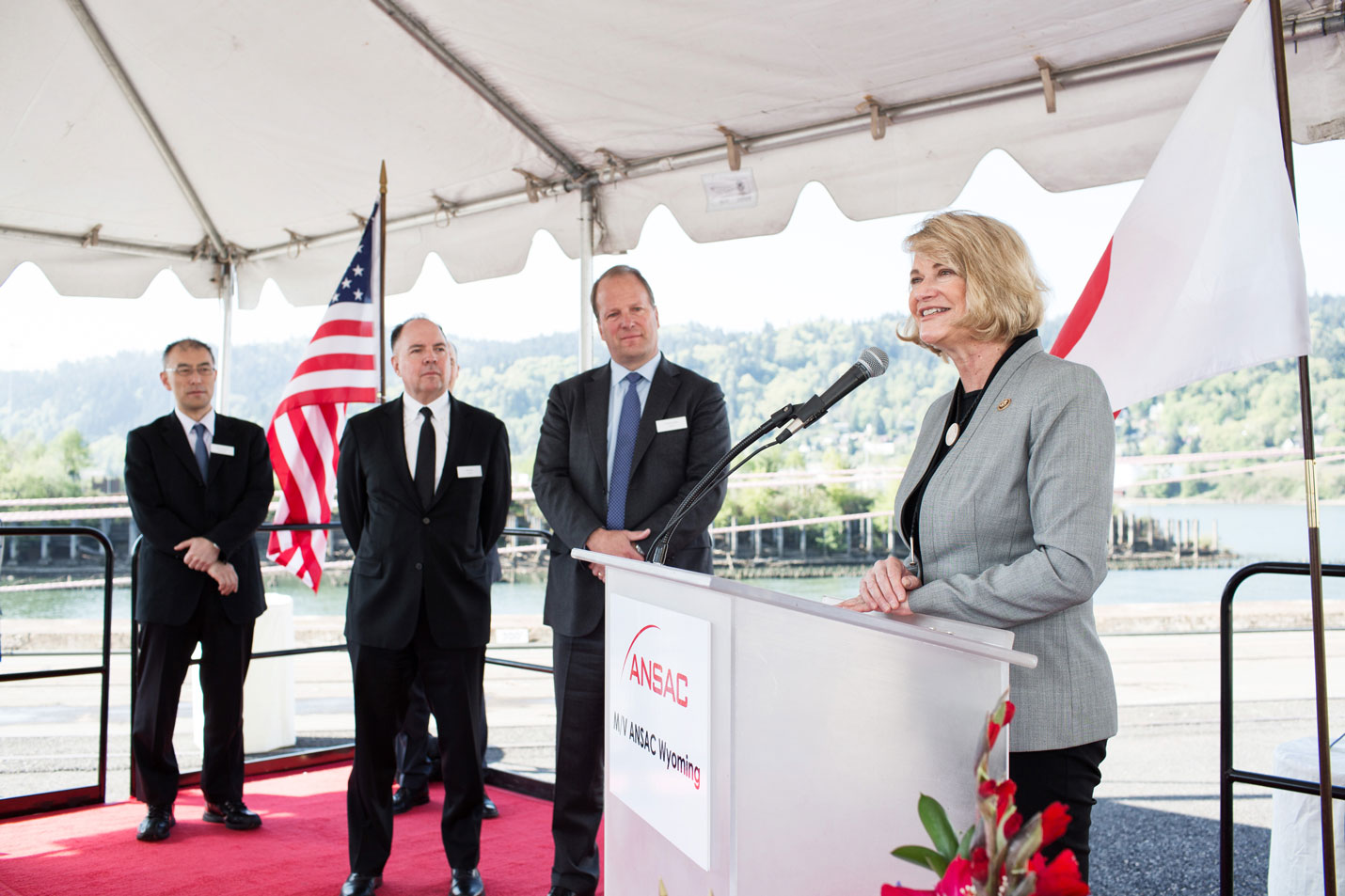 Congressman Cynthia Lummis (R-Wyoming) addresses local dignitaries and guests at the christening ceremony of the “ANSAC Wyoming”. As “Godmother” of the ship, Representative Lummis christened her on April 18, 2015 at the Port of Portland. 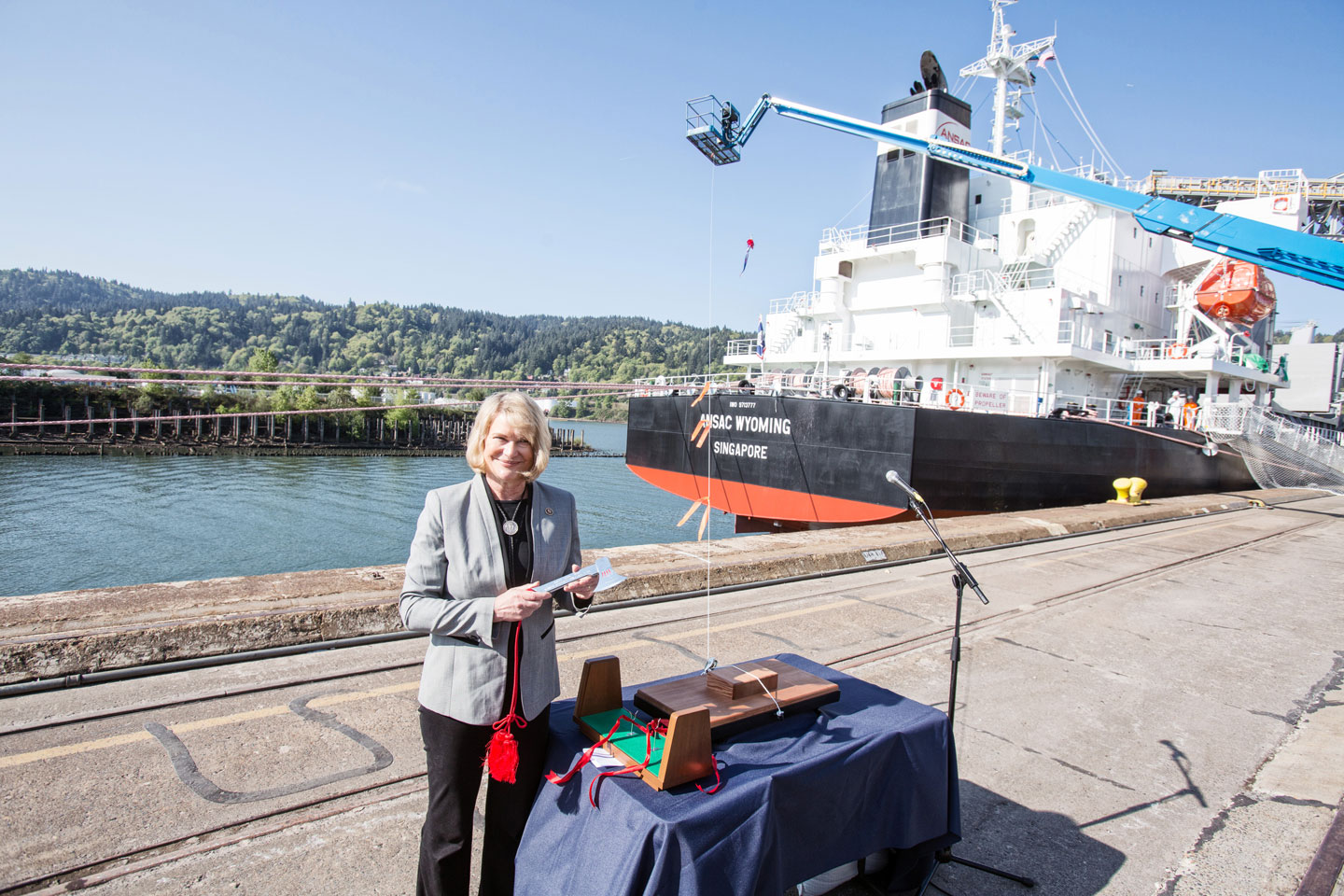 Congressman Cynthia Lummis prepares to christen the “ANSAC Wyoming” prior to her maiden voyage to Asian ports. The Wyoming will carry 33,000 metric tons of Wyoming-produced soda ash on a continuous basis to countries around the world. 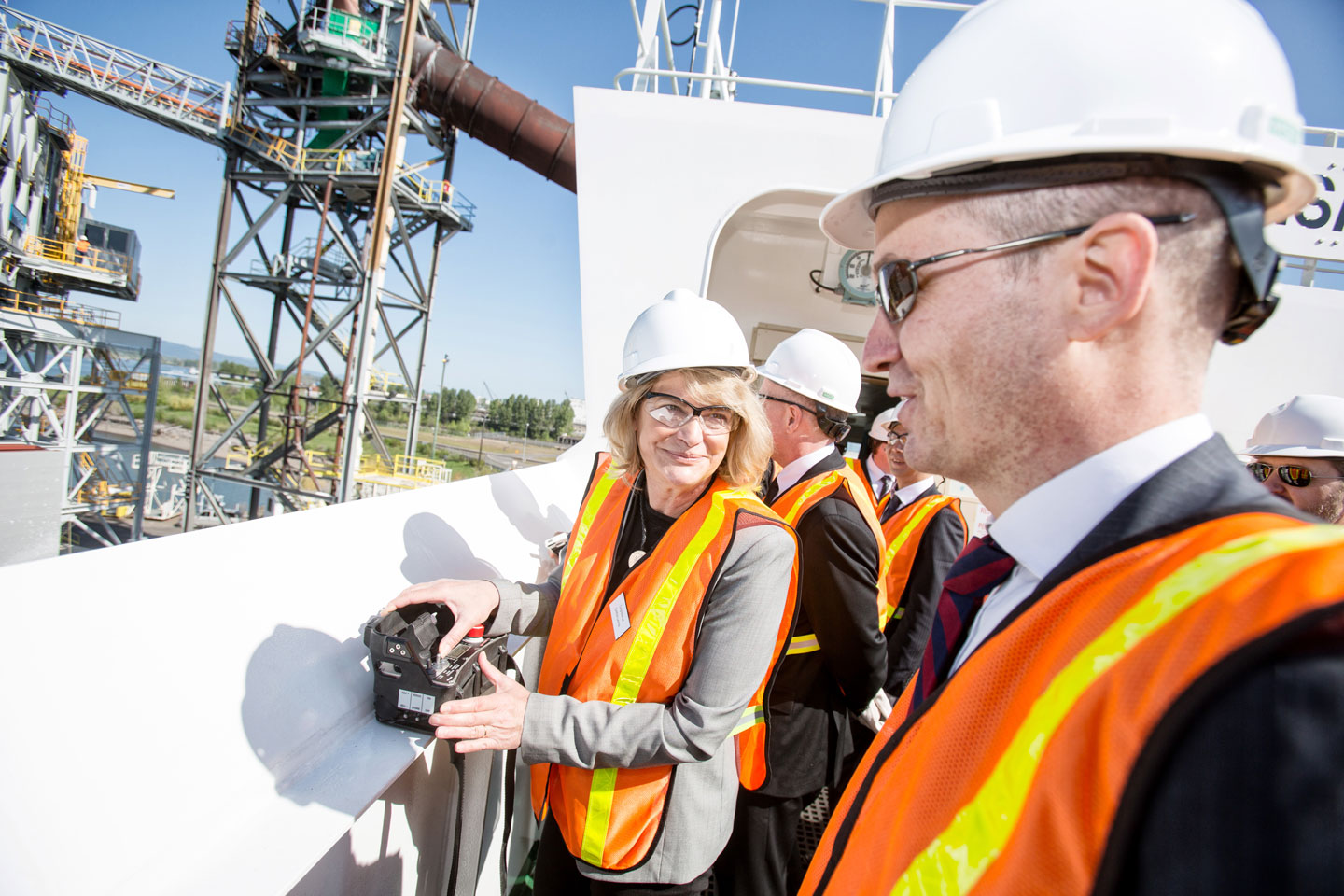 Representative Lummis initiates the first soda ash loading process onboard the “ANSAC Wyoming” prior to her maiden voyage, as ANSAC’s Pablo Frauenberg looks on.